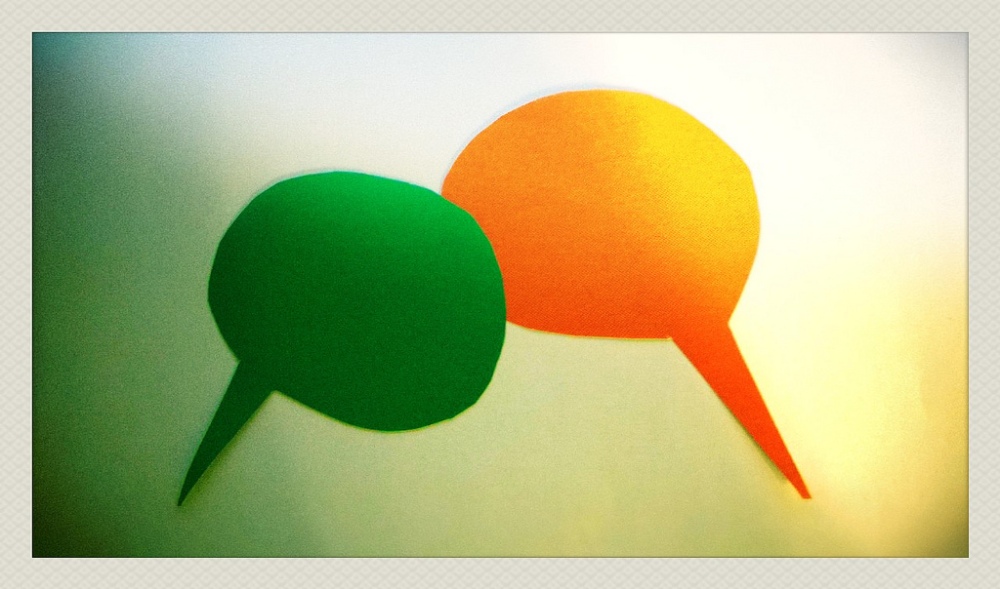 If you speak more words than you read, you’ve failed the art of good conversation.

I’ve noticed a certain bad conversational habit that all-too-often seems to plague the voracious reader or well-informed individual, which is the temptation to talk far too much at the expense of allowing others to contribute to the conversation.

The result is that you seem arrogant, opinionated, and at worst boring, the highest conversational sin of all.

I love reading and learning, and I’m one of those people who enjoys having an opinion on just about any subject – movies, Nobel Prizes, music piracy, the Hadron Collider, philosophers I love and hate, the state of literature, the robot armageddon – just about any subject can delight me so long at it doesn’t involve the Latinate etymology of common garden flower names or county cricket league tables.

But that doesn’t mean I know about everything – and sometimes it’s too late before I’m aware I should just shut up more and let other people talk.

Offering frequent and strong opinions can be fun, but it can also be unbearably annoying.

In a normal dinner party conversation, I’ll overhear two people discussing a recent film and be itching to throw in my own strident opinion about whether the movie in question was utter dross or a work of outstanding genius.

Of course, there’s nothing wrong with jumping in and getting involved in other people’s discussions. Using these conversational threads to pull yourself into another groups discussion is a pretty standard networking tool that can work wonders if you genuinely share a passion for what is being talked about. I’m all for the idea of speaking up and not hanging back on the sidelines.

But even in those cases, I’ve noticed that barging in with your opinions (and interrupting others) is rarely the way to win friends.

I now think of it like this: The best conversations are those that are an extension of your learning, not an excuse to show off your learning.

People respond so much more enthusiastically when you allow them to get as much of their side out as possible.

But too often we interrupt before someone even gets the chance, and, having barely even listened to their opinion, we butt in and jam our own thoughts down their throats.

We find ourselves rambling on full-throttle at a dinner party and imagine ourselves as a reincarnation of Oscar Wilde or Christopher Hitchens – raconteurs, celebrated wits, models of erudition and worldliness ­­– when everyone around us really thinks: When the hell is this guy going to stop talking?

It took me a long time to learn that just because you can contribute on every topic, doesn’t mean you have to say everything.

For the rest of the month, my personal challenge is simple: Don’t interrupt at all. Practice the art of letting others finish their entire thought before responding. And if I do give an opinion, follow up with the words “I’m fascinated to hear your take on it though, what’s your view?”

What’s your view? Let me know in the comments below!

#mc_embed_signup{background:#fff; clear:left; font:14px Helvetica,Arial,sans-serif; }
/* Add your own MailChimp form style overrides in your site stylesheet or in this style block.
We recommend moving this block and the preceding CSS link to the HEAD of your HTML file. */

Not A Planner? Embrace Being A “Chaotic”…

You Need To Train, Even If You’re Good…